iOS 15.2 Beta 3 is the latest update to Apple’s mobile operating system and iPadOS 15.2 beta 3 is a new point release of iOS for iPad Pro users with support for pro apps designed specifically for the device, along with enhanced security features such as customer opt-out in Face ID authentication.

Apple has released iOS 15.2 Beta 3 and iPadOS 15.2 Beta 3, which are the latest versions of their respective operating systems. The beta program allows users to test out new features before they are officially released. 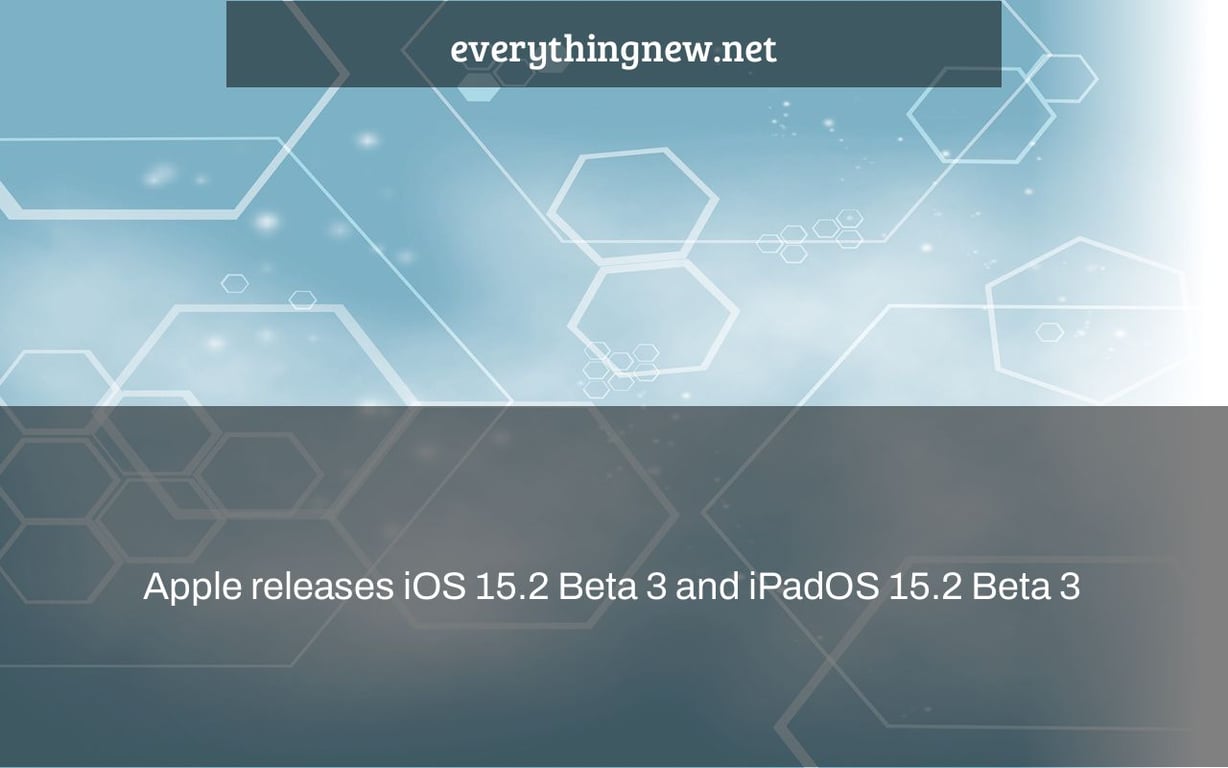 The third betas of iOS 15.2 and iPadOS 15.2 are now available to beta testers, and they include a number of updates and bug fixes. The second beta was published last week with several enhancements, and the third beta should be much better. As we get closer to the public release of iOS 15.2, this and the next beta will operate similarly to the stable version.

iOS 15.1 is the most recent stable release accessible to the public, but it’s riddled with flaws. Many of these flaws were previously addressed in the first three betas. Hopefully, any significant bugs affecting the user experience will be resolved before the stable public version is released. Apple hasn’t announced the change in Reminders in iOS 15.2 beta 3, although there are a few minor tweaks here and there, as well as a few bug fixes. A new modem upgrade is included in the third beta. If a connection problem was not resolved in beta 2, there is a good possibility it will be resolved in a future modem firmware upgrade. Tags may now be renamed and removed in bulk in Reminders.

The Macro Control enable option is now accessible immediately under Camera Settings, among other improvements in Settings. The Limit IP Address Tracking option has replaced the iCloud Private Relay option in Cellular Data Options. For several applications, there are also new splash screens.

Developers and public beta testers with compatible iPhones and iPads may now download the update. If you’re using the iOS 15.2 Beta build, you’ll receive the iOS 15.2 Beta 3 OTA update right now. Go to Settings > Software Update to see whether an update is available.

If you’re using the public build of iOS 15.1 or iPadOS 15.1 and want to obtain beta updates, you’ll need to install a beta profile. It’s simple and secure to set up a beta profile. Also, keep in mind that if you’re transferring from public to beta for the first time, the upgrade will be larger.

You may install the newest update on your iPhone or iPad by going to Settings > Software Update after downloading the beta profile. You may also use Finder or iTunes to install iOS 15.2 Beta 3 using the entire IPSW file.

The “ios 15 beta 2 release date” is a new update to the iOS that was released on March 27th, 2018. The update includes Apple’s first iPadOS release.

What is the current iOS beta version?

A: The new iOS 15.2 update introduces a range of changes to the operating system, including design tweaks, bug fixes and performance improvements.

3 Biggest NBA Names Who Can Be Traded After December 15